There are a variety of free outdoor concert series in the D.C. area during the summer featuring local bands, musicians and the Armed Forces. Many of these concerts are Metro accessible and are a fun way to take in the city. Here is a quick guide to a few of the more popular performance locations. They can fill up quickly so be sure to arrive early, pack a picnic, and enjoy the music! 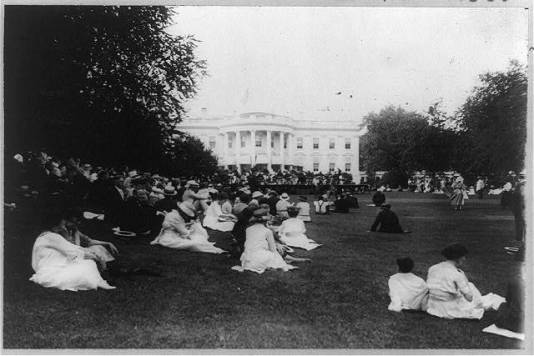 Jazz in the Garden: Fridays from 5 to 8:30 p.m. through Sept. 2 at the National Gallery of Art Sculpture Garden, across the street from the National Archives on 7th St. and Constitution Avenue NW. Accessible from the Archives/Navy Memorial metro station.

Concerts on the Avenue: Tuesdays at 7:30 p.m. at the U.S Navy Memorial featuring the Navy Band and Navy Ceremonial Guard. Steps away from the Archives/Navy Memorial metro station. Also check out the Military Band Concert Schedule for a complete list of performances from the Army, Navy, Marine Corps, and Air Force bands in the D.C. area.

Music at the Monument: Concerts held at the Lincoln Memorial. Check out the schedule here.

Salute the Sunset: Military concert series featuring various bands from the Armed Forces at the National Harbor every Saturday at 8 p.m. Driving is best, but there are public transit options.

Live from the Lawn: Strathmore’s concert series every Wednesday at 7 p.m. August 15 is their annual Ukulele Festival. Accessible from the Grosvenor-Strathmore Metro station.

Rock at the Row: Thursdays from 7 to 9 p.m. in Arlington, VA. Accessible from the Pentagon City metro station.

Washington Harbour-Georgetown: A variety of local musicians perform on the plaza along the Georgetown Waterfront every Wednesday from 6:30 to 8:30 pm. About a 15 minute walk from the Foggy Bottom -GWU metro station.

Capitol Riverfront: Fridays from 7 to 9 p.m and the Yards Park. Accessible from the Navy Yard metro station. 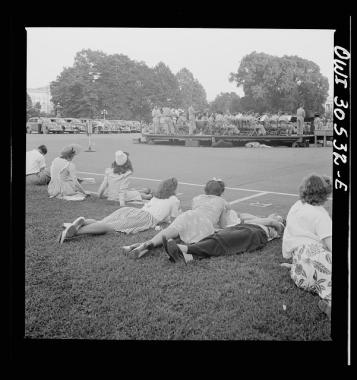